A team that works together will be effective, but one that can achieve a state of flow will achieve a huge boost in results.

This is true—but only when unison is also present.

Imagine this: You’re rowing with a team of well-trained rowers and your boat is matched against a boat of novice rowers in a head-to-head race. Advantage your boat, right?

Here’s the catch: your team has no rhythm—and theirs does.  This is the greatest obstacle to truly effective teamwork.

A team that works together will likely be effective. But one that can achieve a state of flow—rowing to the same rhythm—will achieve a huge boost in results.

It’s much easier to get your workflow on track when you’re working on your own.

Of course, we’ve all experienced being “in the zone” at work. You know, that state of optimal productivity you experience when you become completely engrossed in a task, time seems to dissolve, and your focus is absolute. In this state, your work all but does itself.

But it’s much more difficult to enter this state when working with a team.

But when a team does accomplish this, they’re a force to be reckoned with.

How can you tell if a team is in rhythm?

While establishing seamless rhythm can be difficult, noticing when a team is in rhythm is not so tough.

We have a distributed team, and we do a lot of client calls. So to keep these calls running smoothly, we have a practice called “passing the ball.”

What that means is that when one of our team members is finished speaking and ready to hand the conversation to another team member, he or she finishes their sentence with that team member’s name. So for example, if I was talking to the client and then said, “You know what I mean, Sarah?” then Sarah, my team member, would know she was being nominated to speak next.

Once we started putting this simple exercise into practice, it was amazing how effective it was.

Our team doesn’t experience awkward pauses, or two people speaking at once. It’s almost like jazz improvisation—we’re each able to build on each other’s thoughts, taking what came before and adding our own insights, before passing the ball to another team member.

And clients notice this. When they see how smoothly we work together on calls, they automatically assume we’ll work together just as smoothly on their project (and in general, we do).

At a truly optimal level, team members don’t even always have to verbalize what they need. For example, my brother Patrick often finishes my sentences when we’re speaking to Cognician clients, and vice-versa.

So, the question is: how do you achieve this level of team flow?

While the ultimate goal is to create a unified team, the work is done on an individual level.

Each uninitiated team member must be taught how to join the group running in stride.

In rowing, they build synchronization through practice, of course. Time spent together out on the water will eventually result in good rhythm. Similarly, when I played rugby, we would practice the same plays—and on a more granular level, the same movements—over and over until they were second nature.

At Cognician, we practice synchronization, too. If I’m sitting on a call with some more junior team members and they don’t remember to “pass the ball,” I know some coaching is in order. Like a novice rower or rugby player, they must learn the right technique that we all use to establish rhythm. After enough practice, it becomes muscle memory—in a metaphorical sense, that is.

Here’s how to break down the process:

Step 1: Identify the opportunity for improvement or the behavior you’d like to change. Write it down.

Step 3: Identify the actions or habits that will lead to that outcome—similar to the movements a rugby player practices in order to run a good play. Give the action or habit a name, like “passing the ball.” Without that common language, people will have trouble remembering exactly what it is you want them to do.

Step 4: Motivate your team by communicating how the new behavior will improve the team’s functioning.

Step 5: Practice those actions or habits. Team members won’t do this unless you create specific opportunities to practice, so set a time and place, and give reminders.

Step 6: Carry out the behavior or action, and then reflect on the process.

This process can be applied to any behavior or situation that you want to improve. Client project calls are just one example. Perhaps you’d like to help your sales team handle sales meetings or calls more effectively. Maybe you want your account management team to coordinate client care better.

If you can go through those six steps, eventually, habits will form and muscle memory will naturally take over.

If your team isn’t rowing in rhythm, it isn’t performing anywhere close to its optimal level. So make an effort to get everyone working in stride. This seemingly simple improvement to your team’s functionality will prove transformative. 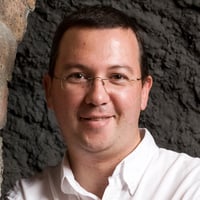 About the Author: Barry Kayton is Founder and CEO of Cognician, a global company that transforms large organizations by activating behavior change at scale. He has been a corporate learning and behavior change specialist since 1993. Barry and his brother Patrick started working together in 1999. Their learning and change programs reached more than 500,000 students and 20,000 educators by 2009. They founded Cognician in 2010 to make behavioral change solutions available at scale. They became Endeavor Entrepreneurs in 2013 and Unreasonable Group Fellows in 2020.

Whether it’s being negative, missing deadlines or showing up late for meetings, bad habits can have a bad impact on your team.

4 Ways to Build a Feedback Culture at Work

Giving and receiving feedback is critical for business success, but how do you develop a feedback culture at work?

Why Manners are Key to Driving Change at Work

Manners play an important role in building trust, and trust is instrumental when it comes to driving behavior change at work.